As September turns to October here, outdoor shoots become a bit more rare.  It’s not that the weather isn’t still warm, it’s that it becomes unpredictable.  Cool days become more common, the streams and waterfalls become colder, and damp, rainy days become more common.  As October passes by I usually try to work in a few last shoots as the weather allows and this October I was fortunate that the weather cooperated on three shoots.  First up I shot with Keira Grant on the last day of September on a bit chilly, but very workable day.  Just to show how varied the weather can be this time of year the same area saw snow flurries the next night.

We started a bit later than I’d hoped because of a delay on my part, but the weather cooperated and we had great light for the shoot.  Keira and I worked in an area I’ve shot several times over the last couple of years.  While it’s one of my favorites, I feel that I’m going to take a break from shooting there for a while.  I think I’ve shot there too many times in the last two years and feel some time away will let me come back with fresher eyes perhaps late next year.

The best feature of this area is a wonderful waterfall along with a huge rock formation that provides many nooks and crevices for shooting which Keria took full advantage of.  An unexpected find was a tree that had fallen over during the summer and provided a new location.  It made for along and productive day of shooting.  My only disappointment came in the amazingly low water levels.  The streams around falls were lower than I’ve ever seen it in the three years I’ve been going there for hiking and photography.  Still some wonderful stuff and some examples below. 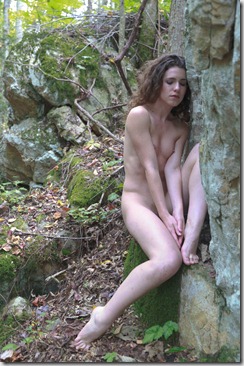 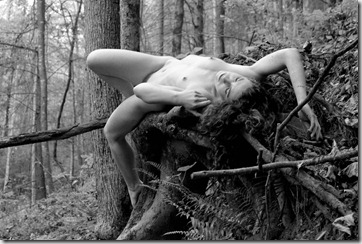 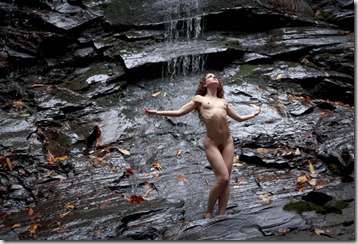