I noted in a post a bit back that I’d purchased a Canon 6D to replace my reliable T2i. The camera arrived right after I settled into a bit of a holiday break. I of course played with it during the time, but didn’t get a chance to use it in a shoot with a model until last week. First I found that I was able to shoot in dimmer light that I otherwise would have. We shot using just the natural light and as we got into the late afternoon with the setting sun and thickening clouds from rain moving in I was able to shoot well past where I would have stopped with the T2i. Autofocus worked dimmer than I’d ever gotten it to with the T2i.

The good news is that my primary reason for the purchase, better high ISO noise performance looks to have paid off. The noise at high ISO on the 6D is much less noticeable. Here are two examples, the first from a photo of Keira taken with the T2i back during July and the second a photo of Melissa taken with the 6D last week. Both were photographed at ISO 1600. Click on either one to see a larger version of the image. Both of these are zoomed in extremely close to make the noise more visible, but they are zoomed in to the same ratio. Also no processing other than to balance the exposure between the two to make them better comparable. In other words I feel these are as close as I can get to direct comparison without taking a photo with each camera at the same time.

It’s clear how much less noise there is in the photo on the right under similar lighting conditions. This continues into higher ISO quite nicely. Here is a photo of Melissa taken late in the day at ISO 5000, a value I wouldn’t even think to attempt on my T2i.

The image quality and color when paired with my 24-105 lens has been great. It’s noticeably better than the T2i in every way. Coming from the T2i it’s like a revelation and I think that some of technical limitations I’d hit the last year doing outdoor work (especially in wooded locations), light painting, and when working with just natural light will better let me focus on just working. I’ve briefly used both the Canon 5D Mark III and Mark II a few times, but never owned either nor used either for my day to day camera so I can’t compare the 6D to either directly. . I made this upgrade specifically for the better sensor quality and better ISO performance and both are definitely noticeably better. I think the move is worth it if, like me, you are shooting with an older model and looking for the better quality images and less noise at high ISO, but felt couldn’t justify the cost of the Mark III for your needs. If I made my living with a camera, I’d likely have gone the Mark III route, but I feel for me, serious about photography, but not making a living with it, the 6D fits the nice sweet spot between what I pay and the performance I want. 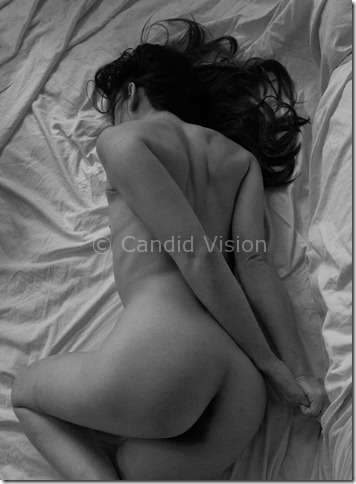 I’m still playing with Wi-Fi and the GPS options and will report more on them later. I’m particularly interested in setting up a wireless tethered type workflow using the Wi-Fi wireless features when working. I’m still adjusting to the camera so I’ll add a new post when I’ve had a chance to work with it a bit more. I’d hoped to give it a try outside, but the weather has not been cooperative the last couple of weeks as it’s been very winter around here. As I have some more shoots over the next few weeks and months, I’ll continue to post some more thoughts and observations.

A few good links to some people more familiarly with the Mark II, Mark III, and Nikon D600 (the rough Nikon equivalent of the 6D) and therefore can compare them: