Happy whichever holiday you celebrate this time of year.

And a photo of Xlcr Moon from back in October. 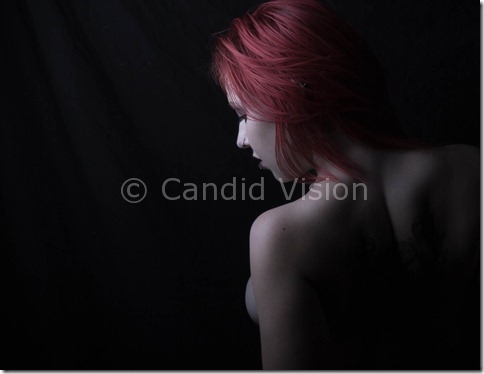 Today marks a year since I published my book Working With a Naked Lady. It was an experiment in several ways. By far it’s the longest thing I’d written last year and today is only approached in length by my recently completed Master’s thesis. It also gave me a chance to think about what I do when shooting and how I do it. I also had some hope that it would help other people getting started. I have heard from a handful of people

I posted an article back in February on some thoughts of those first few couple months and I thought I’d update it over the ten months since then. I’m going to intentionally be a bit vague on some things since there were a lot of experiments and trying things and some had restrictions on what I could share. This will be mostly of interest to others thinking of publishing or working on a book, but there are a few more things lower down that might be of interest to other readers (skip on down to the Next header).

I mentioned back in February that I wish I’d done more/better marketing and that’s probably still the biggest mistake that I made in this process. Next time I will start the marketing well beforehand. I didn’t really even put up a final web site for this book until about a month before it starting selling. Next time I figure I’ll start the web site around the same time I start writing the book. A good mailing list was my biggest advantage in the book and I want to do that again. That list provided the majority of my initial sales those first few days and I wouldn’t change much other than giving myself longer to put it together.

At some point I’ve sold the book directly, though Amazon for the Kindle, and through Barnes and Noble for the Nook. Without going into exact numbers, Amazon has been my best long term platform both in number of sales and income. In fact I’ve sold more books for the Kindle than both other outlets combined and the margin isn’t even close. My direct sales mostly came from the initial mailing list, but after the first month the Amazon Kindle won every month. Earlier this year the large margin was enough that I pulled the book from other outlets to make it exclusive for Amazon. The result wasn’t a large increase in sales, but it still looks to be the right decision.

One thing I’m not happy about that though is that it means that the vast majority of people who’ve bought my book are Amazon customers and not mine. It’s the same problem I’ve heard from developers in the app stores for the various software platforms. When someone buys my book for the Kindle, they buy it from Amazon and become a customer of Amazon (note it’s the same way for iBooks with Apple or Nook with Barnes and Noble). I have no idea who they are and unless they email me using the address in the book, I’ll never know a thought from them. I have no way of contacting them directly when I update the book or when I publish a new one. These aren’t new problems, a traditional book sold in a bookstore has the same issue. Still here the information exists, I just don’t have access to it and that annoys me just a bit, especially since Amazon is I’m sure taking advantage of that data.

The book’s never been a large seller. It’s probably too specialized to ever be more than a niche book. It did recently creep into the top 100 in a category for Nonfiction > Arts & Entertainment > Photography > Portraits under the Kindle store which is the first time I remember getting into any lists. I do find it interesting that Amazon lists a number of books also bought by purchasers which include (at least at the moment) two other how to photography books and a number of what I can best describe as low cost nude photo books. One of the how to books in particular is a quite good one that I’ve read and really enjoyed and I’m pretty happy to even be in the same room as it in any way.

I’ve also experimented with pricing a bit. I first found that free promotions had little effect. I didn’t see a significant change either before or after making the book free for a short period. In fact I would speculate that for a non-fiction work that is a single book, then there is little benefit in a free promotion. If I had other books available, then I expect the free sale might lead to purchases of the other books. For someone with only one book like myself though I feel it’s not of use. Also as the book has gotten older I’ve experimented with a few different price points, but mostly had the book priced at $9.99. I’ve currently moved to $4.99 and plan to leave it there at least through the end of the year. Based on results so far, which have seen better total income from increased sales at the lower price.

If I had to pick one long lasting effect though, it’s simply that I wrote and finished a book. Before last December 14, I’d never written anything other than for personal use or a school assignment. I now write paid articles on a part-time basis for a couple of web sites and am about to add a third to that list. I’m not sure I’d even had the confidence to even apply for those gigs without having done the book. While it’s not perfect by any stretch Completing a task of this scale

So what’s next? At the end of my previous post on the book I noted that I’d probably do it again. While it’s taken longer than I’d planned I am now starting on the next book. One thing I feel I did do in this one was try to cover too much. Initially I’d planned it to be more focused and specific to just focus mostly on art nude style work and be about the process and planning of that type of shoot. I ended up adding a lot more including whole sections that really were more on general photography. I’m going to go back and redo that decision.

So my next book will be a more general photography how to book. It’ll do two things. First it will let me focus more on a single specific thing, the technical aspects of photography. Second it’ll give me something for those who’ve asked for a how to guide, but whom I knew wouldn’t feel comfortable with my other book because of the nude content. Once I’ve completed that book, I’ll likely do a follow up that will focus on art nude styled photography. In short I’m really going to take this book and break it into two shorter books with each focusing on a segment of that book.

Stay tuned for more info on the next book later this month.

Not much posting of late for which I’ll apologize. There were reasons of course, but I’ll not bore you with them other than to say that life got tough and busy for a bit, but now it’s better. The posting frequency should turn more to a regular pace moving forward.

I’ve had some nice shoot over the last few months with some familiar faces along with some new ones.  I will likely do something like I did late last year to catch up after downtime and post some in batches as we move through the end of December and into January. A few have some stuff that I’m very excited about sharing and will go a little more depth into those.

I’m also planning to bring my Tumblr blog over at http://tumblr.candidvision.com/ back to life over the next few weeks. I expect most of my postings will go here and there so if you’re following me either place you won’t miss much if anything.

A last item for today is that I’ve made the move to a full frame camera and now have the new Canon 6D. It’s a jump of a few generations from my existing camera and includes , but I think it’s time where I can take advantage of the benefits of a full frame camera. In my book last year, I noted that the time to upgrade equipment came when you started getting frustrated in the limitations of what you’re using. That time had come. More than once, especially when working outdoors this summer, I felt some frustrations of the low light capabilities of my trusty Canon T2i. It’s also been a bit of a problem as I’ve started working with light painting a method I see myself doing more of going forward. I’ll discuss a bit more about the differences between the two cameras and some of my reasons for changing moving forward in a post to come.