In the original plan for my California trip I’d planned to spend a day or two winding down from hiking in Yosemite and other parts of the Sierra Nevada mountains and then heading over to the coast around San Luis Obispo for a day or two. After booking several shoots around that area, I decided to just head to that area for a few days between the mountains and heading up to the Bay Area. 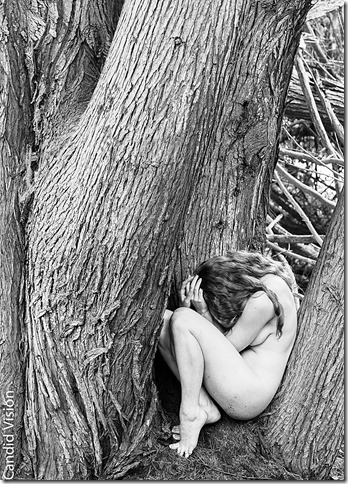 When I think beach, what comes to mind for me are those of the Atlantic coast of Florida and South Carolina. In summer the water is warm and generally calm unless a tropical storm makes an appearance. The Central California coasts don’t match the same vision. The water when I was there seemed rough and choppy. Fog hugs the coast in a way that reminds me of fall mornings here near the lakes and rivers that carve through the valleys. Except many days that fog never quite went away. It’s a different terrain in spite of being another place that ocean and land meet. 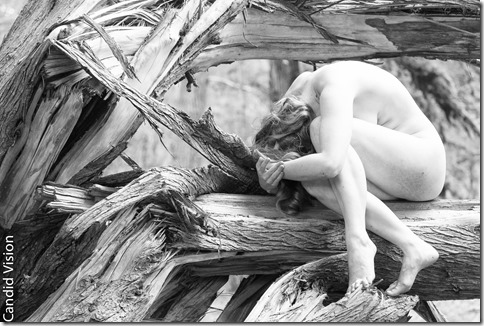 My last day in San Luis Obispo started very early with at 5 AM meeting Katja Gee. Early mornings are a common element of morning shoots. Here our hope was to catch the light crowds of the early morning until the sun burned through the fog. On the good side the fog never really burned away. On the down side along the beach itself we found a constant light drizzle just steady enough I didn’t want to get my camera out in it. Katja had scouted a good location for us, and we found some nice sports to work with in the woods and trees around the area. 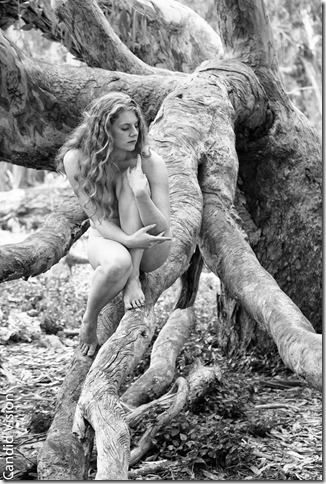 In particular there was a large Eucalyptus tree that we saved for the end of the shoot. I worked around these trees twice in the area, and really love the way the curves and size of the tree can either compliment or dwarf the human form. There are tall trees here, but the sheer scale of some of these trees (not to mention Sequoia and Redwood trees) have a scale and presence that’s hard to put into words. These trees were already old generations of people ago. The photo above shows Katja in a small section of one tree. The photo below shows true scale of the tree with Katja posed against it. 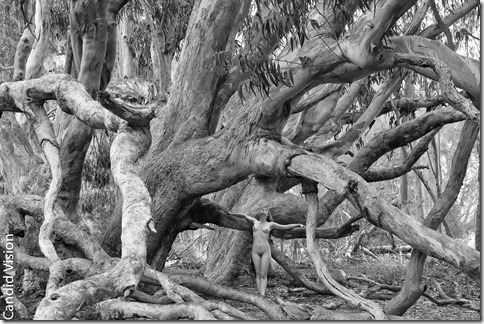 My afternoon shoot in the area had canceled by the time I’d returned to the city. After Katja and my shoot completed, I left to make my way to San Francisco, hoping to arrive before rush hour. I almost made it too.

Welcome to what I hope to be a new feature on this blog going forward. Hopefully weekly, but no promises as I’m starting this out and seeing how it works. It’s a place to gather some items I’ve come across since the last entry in the series.

Topics will be photography related, but rarely to images (though there is one below). Mostly expect to see tutorials and thoughts of models or photographers here. Subject to change of course as I figure out exactly how I want this to work.

Some photos from a late spring shoot with Xlcr Moon outdoors at one of my favorite locations, but the first time there with Xlcr Moon. This was a late starting shoot that stretched late enough that we wrapped about the time the light became too dark to work out in the woods. We started out in some nice deep wooded area in the mountains. 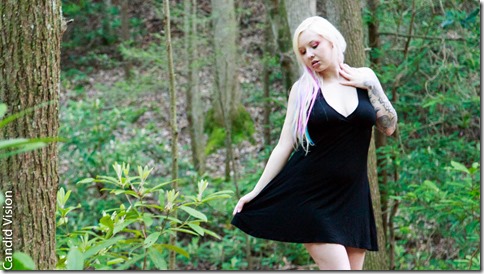 In spite of the late hour, I think some of our best work came during those last few minutes of shooting before it became too dark. We wrapped along a nice, well worn wooden fence near some water where that best work came. Moon as always does great work and really seems to produce some of her best work in the woods. 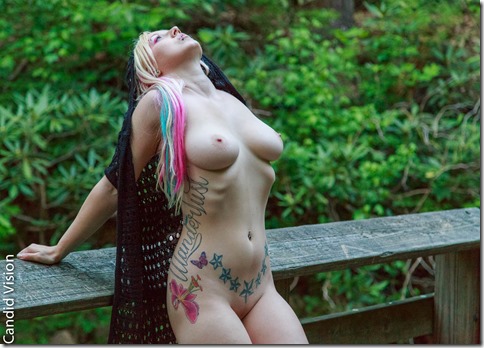 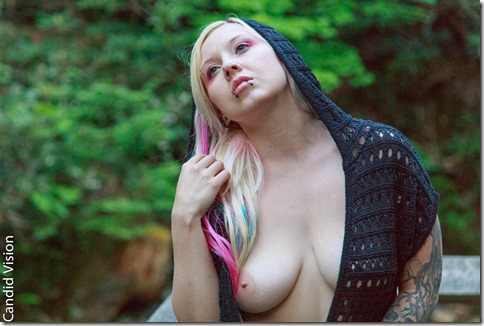 Last weekend a unusually strong front moved through resulting in two lines of strong thunderstorms passing through. The first line spawned tornados to my northeast and north, but here left nothing more than hail, strong winds, and some impressive lightning, though still strong enough to remove part of a neighbor’s roof. I arrived home after the first line had gone through, and shortly before the second line hit. As the second storms passed through I checked on my own home for any damage and noticed this bird getting out of the weather by taking shelter in the covered breezeway between my home and garage. 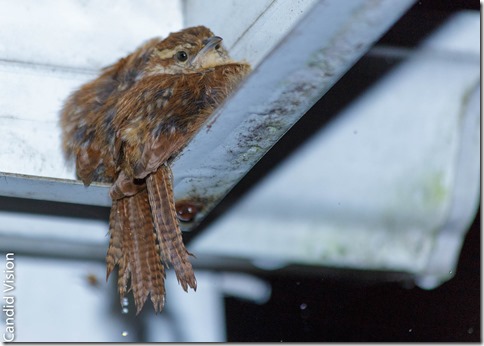