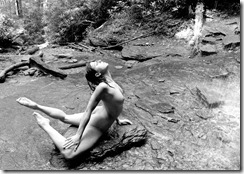 Last week I tweeted that I had begun playing with a web site called 500px.  I’d joined the site a couple weeks ago after seeing it mentioned on Twitter by another photographer Zack Arias.  I posted two photos that day and played with the site a bit, but didn’t have much of a chance to come back to the site until earlier this week.  After working around the site for a couple days I’d written up a blog post on my thoughts that I planned to publish around the middle of this week.  However shortly after my Tuesday night tweet on the site I uploaded two new photos to the site including the one to the right from my shoot with Katlyn Lacoste last month.  Though I felt it the best photo from the shoot I’d not posted it here to save the image for an entry to itself so it could have the attention it deserved.

500px works wonderfully and I think it’s worth a look right now for any photographer.  The site feels well thought out and the recent attention they are getting seems well deserved.  It’s the first time that I’ve joined and really used a photo sharing site of this type.  I have a Flickr account, but don’t think I ever posted a single photo to it.  You can see that social sites like Facebook have influenced the 500px design.  The terms of service are photographer friendly and I feel comfortable sharing photos there.  For those without a website or blog of their own, the site also offers the ability to sell prints directly from the site.

The basic social features are all there including commenting on photos, marking photos as favorites, and the ability to follow another photographer.  I do like the ability to follow a photographer since if I like your work I can easily see what you do next.  The overall quality of photos on the site seems high which I think comes from having some very good photographers on the site and a well thought out ranking system works.  They also have some very interesting ideas on ranking and rating photos that are largely targeted at trying to help photographers get exposure on the site.  Part of their rating method reduces a photo’s rating over time which I like as it puts an emphasis on both uploading new photos to the site and keeps photos that have been on the site for a long time from dominating the popular lists.

I can share an experience on how well the process can work even for someone like me new to the site.  After uploading the two photos Tuesday night I moved to another project that occupied me until bedtime so I didn’t pay attention to anything photo related the rest of the evening.  My earlier two photos had gotten some notice and been added as a favorite by a few other photographers.  I woke up the next morning to find that the photo of Katlyn had gotten a good bit of attention overnight.  Then 500px promoted the photo by publishing it in their Fresh photos at 500px for July 20.  From that point the photo soared and at one point Wednesday afternoon the photo was on the second page of most popular photos on the entire site.  As of now the photo has dropped off from the peak, but still appears to be getting traffic.  Remember that this is for someone who had been a member less than two weeks and had a total of four photos on the site.

I’m pretty sure that I’ve never had a single image viewed more times that this one of Katlyn.  The interesting side effect has been more traffic to my main web page.  On Wednesday my site saw about three times as many visitors as a normal day and the traffic bump still lingers even through yesterday which saw about twice as many as a normal Saturday.  I’ve also seen a similar bump on Twitter where I’ve gained more followers this week to my candidvision account than in the previous month.