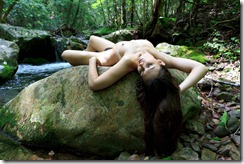 Been a hell of a last seven days.  Spent most of last Sunday helping a friend clean up a large tree that had fallen over.  Monday started with a voicemail that left me needing a few moments to recover and things have stayed chaotic from there.  I also had to do one of the most unpleasant things I’ve ever done this week.  No shoots either because of my schedule was just too crowded with other things.  Looking forward to a more enjoyable couple weeks coming up.

My plan for the rest of the summer is to do more experimentation and try some new things.  I worked with some amazing models last month including Melissa, Keira, Moon, and Katy among others and all did great work and we got amazing photos in every shoot.  Toward the end of the month I felt that I’d gotten a little too comfortable and not pushed to get a little more from the shoot.

So for the rest of the summer I’m going to try some new things.  I’m looking to start playing around with video a little.  I’m going to try out a few ideas that I’d dismissed as too hard or crazy before.  I don’t know if the results will always be great, but I think the good will outnumber the bad.

I am excited that I get to work with Katlyn Lacoste again in a few days. I Found a great location that I’ve not shot before so look for new photos later in the week. Also things look to be coming together great for a shoot at the end of this month I’ve had in mind for a few months where I am going to work with a three model shoot that I’m very excited for.  I’ve always had a bit of a mixed track record with multi-model shoots. A few have went flawlessly, but many have seen various problems or weirdness arise.  I’m bringing in three models I have worked with in the past, that I think will work well together, and believe the results will be awesome.

Photo above from shoot with Melissa Troutt last month.

One thought to “How I’ll spend my Summer Vacation”